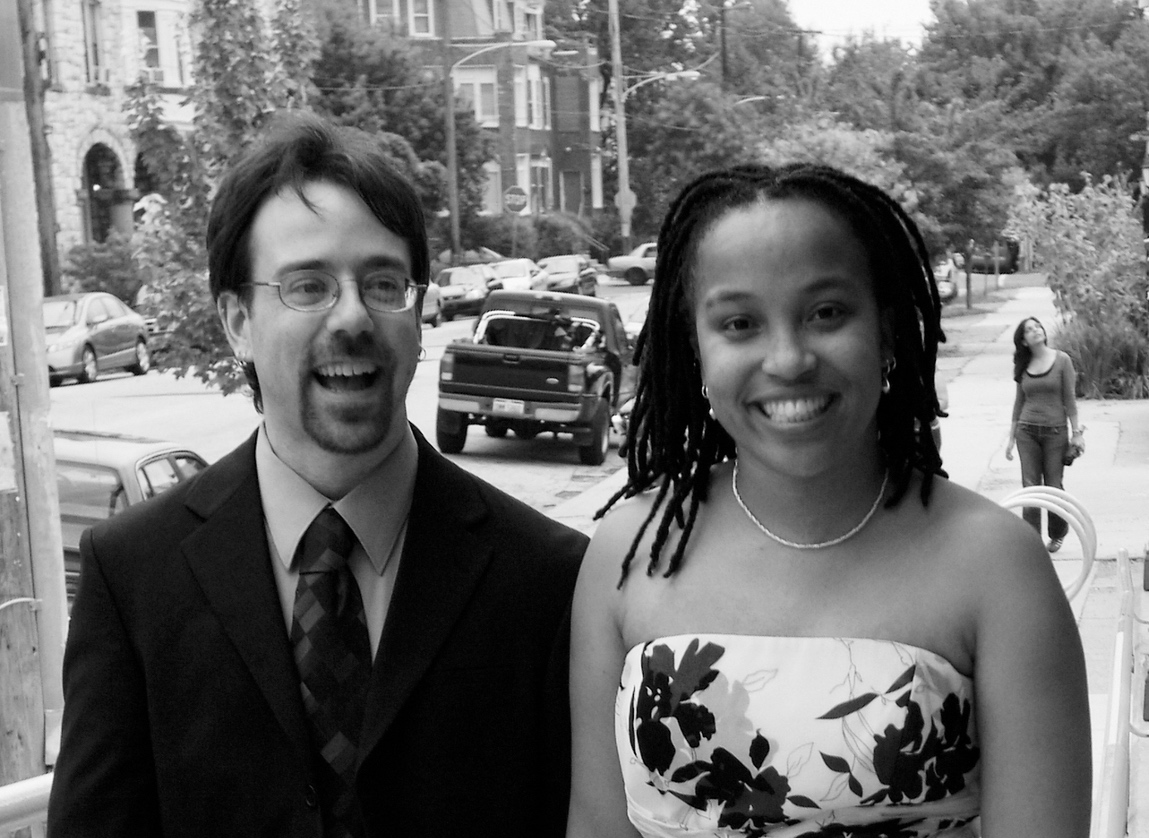 Brad Linder and Farrah Parkes on their wedding day.

It was shortly after Brad Linder and Farrah Parkes, an interracial couple based in Philadelphia, got married when Parkes first learned in graduate school about Loving v. Virginia, the Supreme Court decision that made their wedding legal.

For Parkes, the recency of the case was what surprised her most — the Loving v. Virginia decision is coming up on its 50th anniversary on June 12.

To celebrate the occasion, Linder, a former WHYY news anchor, and Parkes, the director of education, technology and job readiness at the Lutheran Settlement House, started The Loving Project, a podcast in which the two interview interracial couples about their love stories.

It was also a way to shed some light onto the Loving v. Virginia case: Mildred Jeter, a Black woman, and Richard Loving, a white man, fought against the state law in Virginia that made their wedding illegal.

“That was part of the point — it’s something more people should know about and recognize as part of this country’s civil rights history,” Linder said. Since January, they’ve been coming out with new episodes every other week with a total of 12 episodes so far, and while the focus is on interracial married couples, the interviews have included immigrant couples, same-sex couples, couples with or without kids and more.

Interviewees have included CultureWorks’ Melissa Hamilton and her wife, Michelle Satchell, and Bread and Roses’ Aarati Kasturirangan and her husband, Jonathan Lipman.

This opening up about life in an interracial marriage is even something that Linder and Parkes said they don’t often do with their own families, so The Loving Project has been an eye-opening experience for them as well.

“My goal, I think, has become more so to help develop a sense of community, tell stories and have people hear stories like theirs,” Parkes said. “For me, personally, that’s been one of the most rewarding things, to help people tell stories I can relate to very deeply.”

One of the ultimate goals of this project, besides letting people know about the anniversary of the landmark decision, is to tell stories that open up listeners’ worldviews and make for fewer assumptions. They recall one moment when Linder and Parkes were running from one subway to another and someone thought Linder was trying to cut Parkes in line, when all Linder was trying to do was stay with his wife.

“If people can stop and think that before they jump to a conclusion, then I think we’ll have accomplished something really amazing,” Linder said.

The Loving Project is opening its first public exhibit on Friday, June 9, where photos of the couples, taken by Cathie Berrey-Green and Al Green, will be on display along with listening stations of each podcast story. The exhibit will be open from 10 a.m. to 4 p.m. on June 10, 17 and 24.