It's that time of year again!

New Year’s Eve is right around the corner, and with it comes another opportunity for us all to take stock of the year just past.

This annual roundup gives us an excuse to look back on our archives and marvel over just how much content is really produced when publishing about two times per day, five days per week, and to take stock of what our audience responded to most. We have our own faves, sure, but these were yours.

It’s been a pleasure writing for you, dear social impact community. Here were the 10 most-read Generocity stories published this year:

10. Cultural diversity is not cultural competency 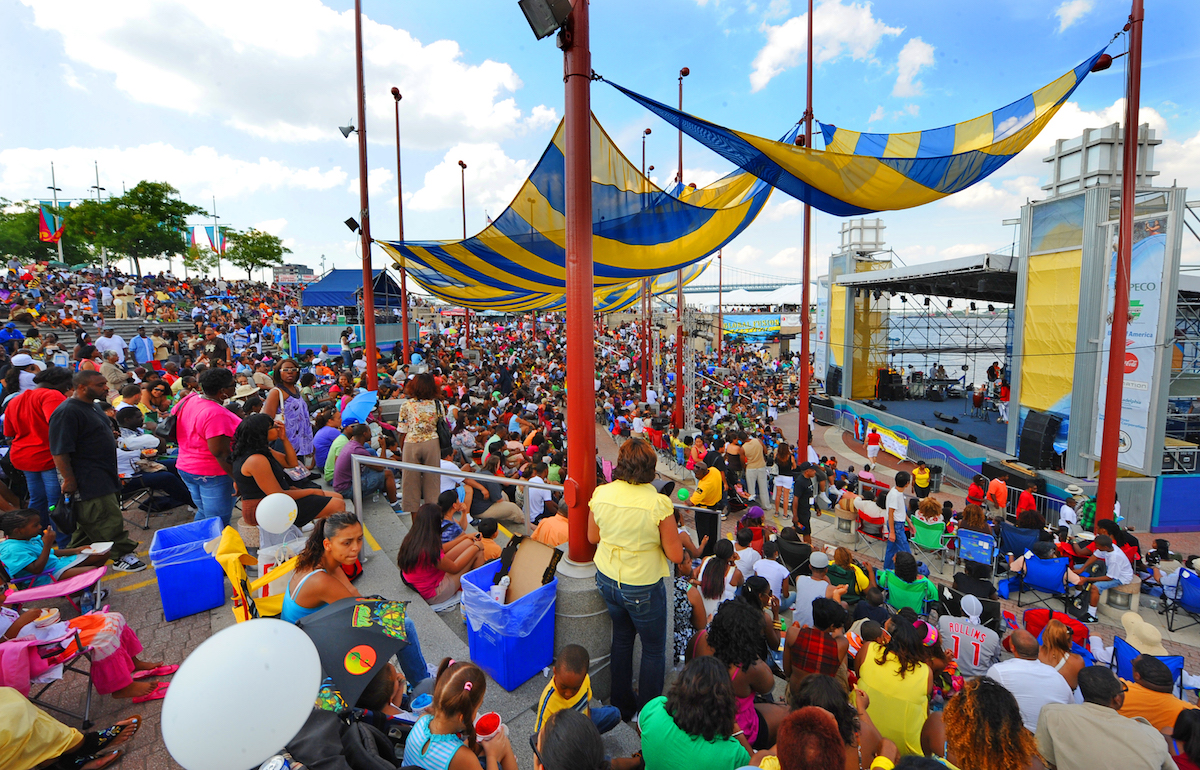 People of all races and ethnicities converge at the Great Plaza at Penn’s Landing for Global Fusion Weekend. (Photo by M. Kennedy for Visit Philadelphia)

In this essay, Mission Incorporated founder Lawanda Horton-Sauter explains that nonprofit leaders must realize that “to be truly responsive to the needs of a changing population, [they] need to focus on addressing cultural incapacity, cultural blindness and gaps in multicultural representation in organizational leadership and program design.”

There are also some actionable tips in there for building a more (genuinely) inclusive organization.

9. The story behind the Philly United Way’s 37 layoffs “How do you transform one of the most recognizable brands in philanthropy to focus more deeply on a new mission?” we wrote in October. “It starts with 37 calls at 37 desks telling their occupants they’ve been let go.”

President and CEO Bill Golderer made our Super Power Moves roundup this month partially because of these layoffs, which he said preceded a yet-to-be-revealed revamped internal structure. One more change so far: the hiring of Barra Foundation Program Officer Kate Houstoun for a newly created senior director role.

8. Why nonprofits need to switch to person-first language immediately People first. (Photo by A. Ricketts for Visit Philadelphia)

7. What would a women-led city look like? This urban anthropologist wants to start that conversation “I think most people don’t walk around their cities thinking actively that they are walking through spaces that were designed by men,” Katrina Johnston-Zimmerman told us in January.

The consultant, who joined Drexel University’s Lindy Institute for Urban Innovation full-time this summer, hosted the inaugural gathering of her Women Led Cities Initiative in March, with 2019 plans to be announced soon. This year’s Leader List includes short profiles of 12 impressive folks working in each of our editorial calendar themes of 2018, one for each month, written by six reporters and informed by over a hundred community nominations. The listees:

5. These 63 millennials are Leadership Philadelphia’s hope for the future Leadership’s Keepers class of 2018 at the Linc. (Courtesy photo)

4. This is how much money Philly’s 50 biggest nonprofits’ CEOs make in a year Ho boy, do we love writing about salaries. Following our publication of a list of the 50 biggest nonprofits incorporated in Philadelphia according to income, we dove a little deeper into those organizations’ publicly available tax forms (thanks, GuideStar!) to find out how much money their execs earn — not to spark outrage, but to celebrate transparency and continue our very favorite conversation.

Spoiler: Dr. Amy Gutmann, who holds the top spot for her role leading the massive University of Pennsylvania, made a whopping $3,537,020 in 2016.

3. 14 women organizers you should know in Philadelphia For women in leadership month of our editorial calendar, reporter Tony Abraham profiled over a dozen local activist leaders — all recommended by their peers — working on issues such as labor, incarceration, immigration, healthcare and more.

2. The activist owners of South Philly Barbacoa will be featured on Netflix’s ‘Chef’s Table’ A still of Cristina Martinez from Netflix’s “Chef’s Table.” (Photo courtesy of Netflix)

Cristina Martinez and Ben Miller were known throughout Philadelphia and the U.S. for both their barbacoa and their activism even before this episode dropped in September.

Since then, the duo have closed one of their locations, El Compadre (which they said over the summer they planned to do). That storefront in now the process of becoming a cooperatively owned restaurant.

1. Mental health guide: Where to get therapy on a sliding scale in Philadelphia UR ENOUGH by Philly street artist Amberella. (Photo via facebook.com/MissAmberellaxo)

Reporter Zari Tarazona pitched this after the summer suicides of fashion designer Kate Spade and chef Anthony Bourdain. She also picked this story as her favorite of the year and wrote this about why:

“I loved working on the mental health guide because I wanted to do more than just post the national suicide hotline number on Twitter this summer. Not having insurance or enough money shouldn’t prevent someone from talking to a therapist. I was blown away by the number of people who shared the guide. I hope it helped someone who needed it.”