They're 49% of Kensington-Harrowgate, but their voices are mostly missing from the Safehouse debate - Generocity Philly
Subscribe for daily news 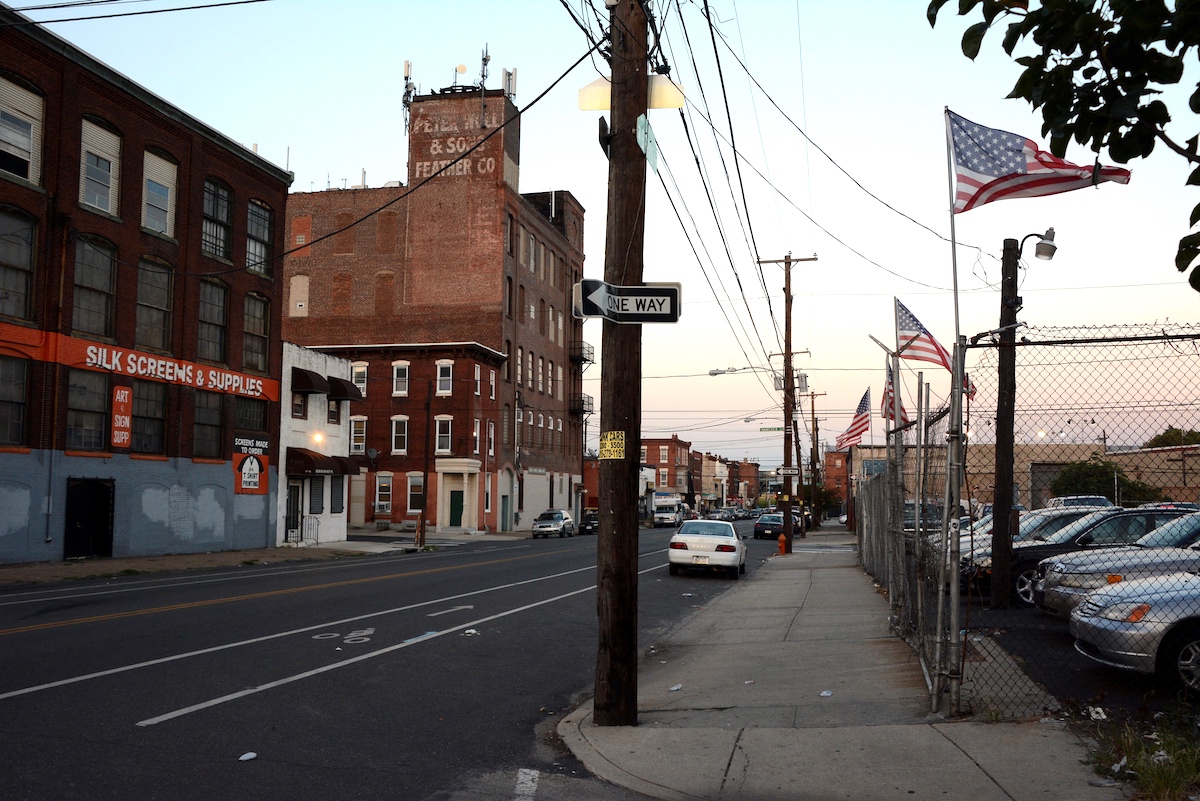 After a week of running opinion pieces about the proposed supervised injection site, and after months of reading and hearing about it in the news media, one thing is certain — not enough Latinx voices have been heard.

The Kensington-Harrowgate area is about 49% Latinx, but report after report, commentary after commentary, has appeared about the proposed supervised injection site in which no Latinx is quoted or interviewed.

The noteworthy exception has been Roz Pichardo, a Kensington resident and supporter of the supervised injection site, who has been quoted in a range of news pieces, including here and here and here. Pichardo is well respected, by both opponents and proponents of Safehouse, for the significant and ongoing work she’s done to help people with substance use disorders from within the Kensington community. But no community can be represented by a single voice, no matter how well-liked and respected. And the paucity of Latinx voices is alarming, if only because it reinforces what Javier Suarez, the VP of strategic partnerships for the Greater Philadelphia Hispanic Chamber of Commerce, says is the media’s propensity to “simply ask elected officials or community ‘leaders’ about Latino consensus as if Latinos march to the drum of one person or someone with a level of authority.”

This past week Generocity reached out to a dozen or so Latinxs for their take on the topic of the proposed supervised injection site on Hilton Street. Some of them, like Pichardo, have a history of working with people with substance abuse disorders in Kensington; others live in the neighborhood around or adjacent to the proposed site; still others are high-profile Latinxs, like Suarez, whose profession puts them in conversation with a lot of other Latinxs in the city.

This is what we learned.

1. Passions on both sides run deep, and people are afraid to make their opinions known publicly.

This article has an extraordinarily high number of people who offered their opinion on the condition of anonymity.

One person (who has not been cited in the article) told Generocity they had been threatened by drug dealers who wanted the site to open. Another, a Gen X Latina we have quoted throughout, said she felt she would be endangered physically if she were to be publicly identified as opposing the site.

And it is not only those who oppose the site who are hesitant.

Those we will subsequently refer to as the Millennial and Baby Boomer Latinas, both largely in favor of the site, weren’t sure they wanted to brave the emotional crossfire within the community if they came out publicly as supporting the site. Likewise, the small business owner and the fashion designer cited preferred to remain unnamed.

The more high-profile Philly Latinxs we mentioned before, who don’t necessarily live in Kensington itself, felt the liberty to be included by name.

2. There is no Latinx consensus on supervised injection sites in general.

The Rev. Jessie Alejandro Cruz, of Mothers Mission, has ministered to people with substance abuse disorders and experiencing homelessness in Kensington for many years. She told Generocity she is opposed to the site.

“I have disagreed with a safe injection site since the beginning,” she said. “I want people to get help but … this is giving a wrong message to our children and families about using illegal drugs. My prayers are that the children that have been exposed to all of this don’t end up doing drugs.”

Likewise, the Gen X Latina, who is a devout Catholic, told us that she doesn’t support the supervised injection site because it “means someone is overseeing the administration of a poison that will ultimately kill the person. Our moral duty is to make sure that those with physical, emotional and psychological needs receive help,” she said. “We’re not here to supervise a harm that we know destroys human lives.”

On the other hand, the Millennial Latina said she sees supervised injection sites as places where those with substance use disorders can find renewed hope.

“I agree that there should be sites where people can be helped medically, and where maybe the humane contact will help give them hope that they can get better.”

“I think there are a lot of misconceptions in the Latino community,” she added. “The fact that [a site exists] where people with addictions will be treated with dignity and in a humane way doesn’t mean that others [in the area] will become addicts.”

The Baby Boomer Latina said she believed the supervised injection site was a good alternative “that has had good results in the many places where it has been tried.”

3. There is no consensus, either, on whether the site should be located in Kensington.

“I support supervised injection sites, but not here in Kensington,” said Rev. Adán Mairena of West Kensington Ministry. “One, from what I’ve seen there’s no factual overwhelming proof that they work. Two, it’s not addressing the systemic change that’s needed. And three, it’s not what residents want.”

“Generational poverty and a lack of opportunity is the overwhelming [experience] here. That, coupled with a historical memory among black and brown faces that drug abuse was criminalized in the 1980s and ’90s and began mass incarceration — and that now it’s a health crisis because it’s happening to people with a lighter skin color — doesn’t sit well with many Latinos,” Mairena said. “Especially with a significant number of them who live here and see it daily with their children on the way to school. Or at the corner store.”

“I have men in recovery at the church, who have lived in Kensington for decades who have lived through this, ” he added, “[They] have strong opinions about this.”

Alejandro Cruz also cites impacts on the community as a reason she doesn’t want Safehouse to be located in Kensington.

“As a pastor it is always been about the people in the community: caring for their needs and fighting for their voices to be heard, listening to those affected by the epidemic and how this has impacted their environment and their families,” she said.

“Today, as much as we all want everyone to be helped, I must say that the voices of the people who live in the community and have been dealing with so much — and the children of our community who have been exposed to seeing things at a very young age — have not been considered,” Alejandro Cruz added. “Saving lives is about saving our community.”

Suarez, as mentioned before, supports the site and its location.

“It’s a complicated issue but I would prefer to have more supervision than the status quo,” Suarez said. “I think residents and kids need to see and know that their role is simply not to live with this as they grow up but that that there are competent and caring adults who are trying to address this health crisis and that they are keeping residents in mind as well.”

The subject is really sensitive, says Aleida García, founder of the National Homicide Justice Alliance, someone who is familiar in the wider Philadelphia community for her fight against gun violence in the city.

“I can imagine the suffering of the many families whose children die on the street from overdoses,” García said. “Reportedly the supervised injection sites help save lives. I agree that we need to find solutions to save lives but we also have to consider those who live in the community. There are people using heroin across the city, not only in Kensington. So we need a more all-encompassing solution.”

Even though she supports both the site and the location, the Baby Boomer Latina noted that “the majority of people in the neighborhood don’t want it.”

The Millennial Latina said that while she believes that “ideally it should be in another part of the city,” the siting makes sense to her. “That’s where people [with substance use disorders] gather and live,” she said. “Many have been the victims of human trafficking and other abuses … their voices matter. In the end, it is their needs that should inform the process.”

The small business owner and a fashion designer, both Latinx immigrants, expressed the belief that the site’s potential to save lives and have a positive effect in what is an overwhelming public health crisis should weigh more heavily than concerns about its location.

4. This is not a single story.

Some of those we talked to during this past week told us they have been ridiculed for their opinions on the safe injection site. Others, as already noted, had experienced intimidation when expressing them. Some of the Facebook comments on the opinion pieces on the topic we published last week (you can read the stories here and here and here) indicate that people may have made up their minds even before hearing from a cross-section of residents.

Nonprofits, civic organizations, readers, news media — we can all benefit from examining whether our version of the proposed supervised injection site story is incomplete.

Thus Generocity’s effort to get more Latinx voices to weigh in — and our decision to include the full range of answers we got, despite our journalistic discomfort the requests for anonymity presented.

We also want to direct your attention to this piece by Kensington Voice, which amplifies the voices of  30 people described as “Safehouse stakeholders,” and includes not only Mayor Jim Kenney‘s and DA Larry Krasner‘s responses to the three questions the reporter asked, but also the responses of some Latinxs in the area.

Mairena believes that even when Latinx voices aren’t appearing in the news stories about the supervised injection sites, they are at least being heard. “I think there’s an effort [by those who are making decisions] to hear Latinos, but some minds were made up long before listening,” he said.

And he finds reasons for hope. “Great efforts are being made and it’s amazing that dozens of agencies at the city level are working together,” he said. “We need to keep that up and keep adapting.”