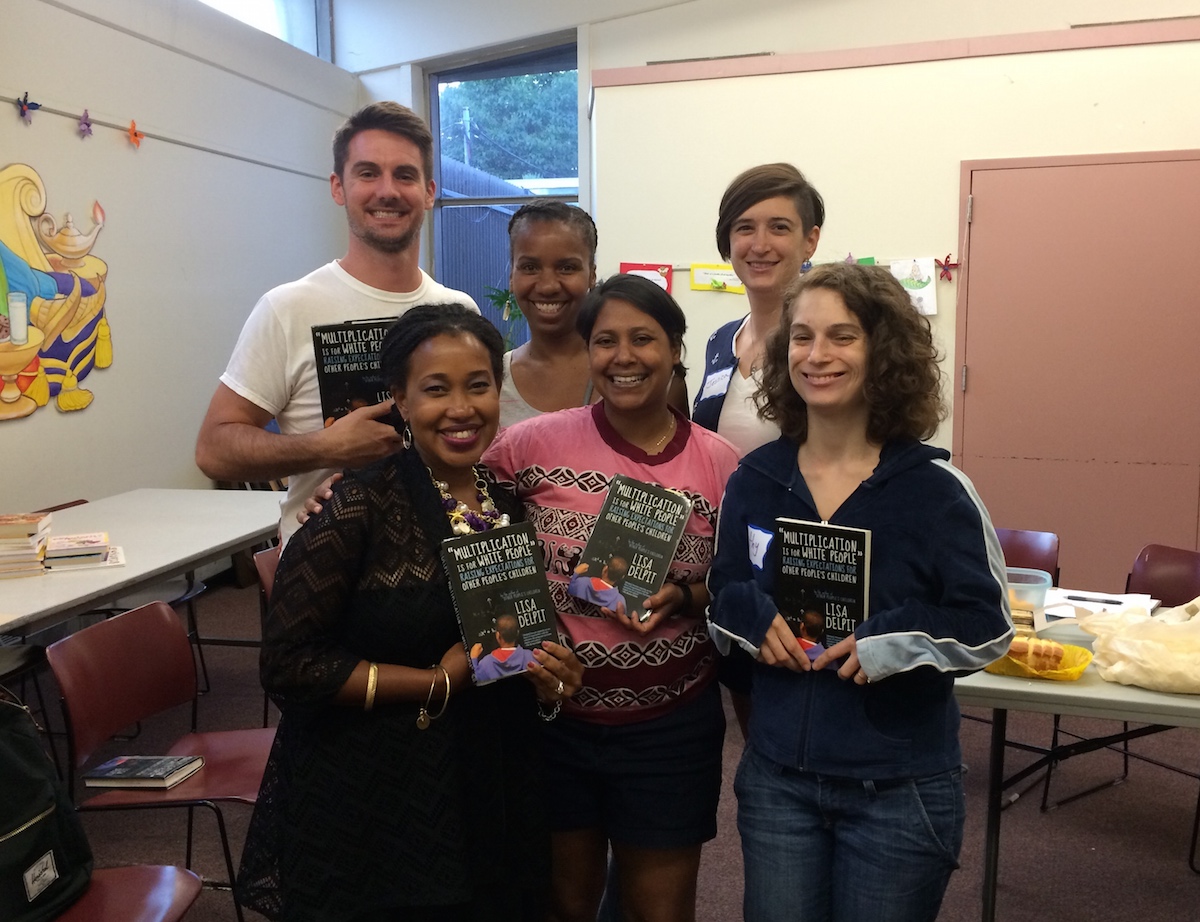 A TAG/WE group reading "Multiplication is for White People."

Summer can be dull for teachers who are used to a stimulating classroom environment. By engaging activists across the city with a summer reading series focused on social justice issues, Teacher Action Group (TAG) and Caucus of Working Educators (WE) are working to curb that boredom, productively.

“I’ve always wanted to be part of a book club,” said Ismael Jimenez, a teacher at Kensington CAPA who is facilitating two WE/TAG book groups this summer. “It’s a great way to bridge the gap between community members and secondary educators and it naturally organizes people around certain issues.”

TAG was founded in 2009 by a group of Philadelphia teachers who wanted to strengthen the influence of educators within the public education system. In 2014, TAG partnered with WE, a similarly minded union of Philadelphia educators, to form a book club open to anyone passionate about social justice issues. “For the first summer we focused on education reform issues across the country, and then last year we did racial justice,” said Kelley Collings, a math teacher at Feltonville School of Arts and Sciences and one of TAG’s main organizers. “This summer our books are centered around basic movements and how they come together.”

Every year, WE/TAG facilitators poll supporters and members on social media and in person for reading suggestions. After the books are selected, individuals can sign up for a group. Those who sign up are then added to email lists based on their book choice.

“Right now, all of the book clubs have email threads going where group members are introducing themselves and discussing what brought them to the book club,” said Max Rosen-Long, a teacher at Science Leadership Academy at Beeber and co-facilitator of a book group. “The email threads are also a nice way for people who can’t make it in person to the meetings to still contribute online.”

Books from this summer’s line-up include The New York Times bestseller “Between the World and Me” by Ta-Nehisi Coates, globally acclaimed “Pedagogy of the Oppressed” by Paulo Freire and recently released “Pushout: The Criminalization of Black Girls in Schools” by Monique Morris.

Collings noted that though teachers organize many of the groups, the book club is open to individuals of all backgrounds.

“The book club attracts members from different ages, races, and genders,” she said. “We typically meet in informal settings — homes, bars, coffee shops. You don’t need a university to discuss these issues. That is really where the idea for this book group came from.” Many current members first heard about the group from colleagues, teachers or larger social justice circles.

“I was in the middle of my masters program at Penn when I first heard about TAG and the summer reading series,” said Charlie McGeehan, another book group facilitator who teaches at The U School. “We do flyers, happy hour events, education-related events, etc. A lot of us just have a focus on expanding our networks.”

“We have lots of relationships that we have built over the course of time,” Collings said. “We are very deliberate about bringing in allies, community members, parents, students, and folks who are not in education. The idea is to use to book groups to build a broader platform for the issues that are important to us.”