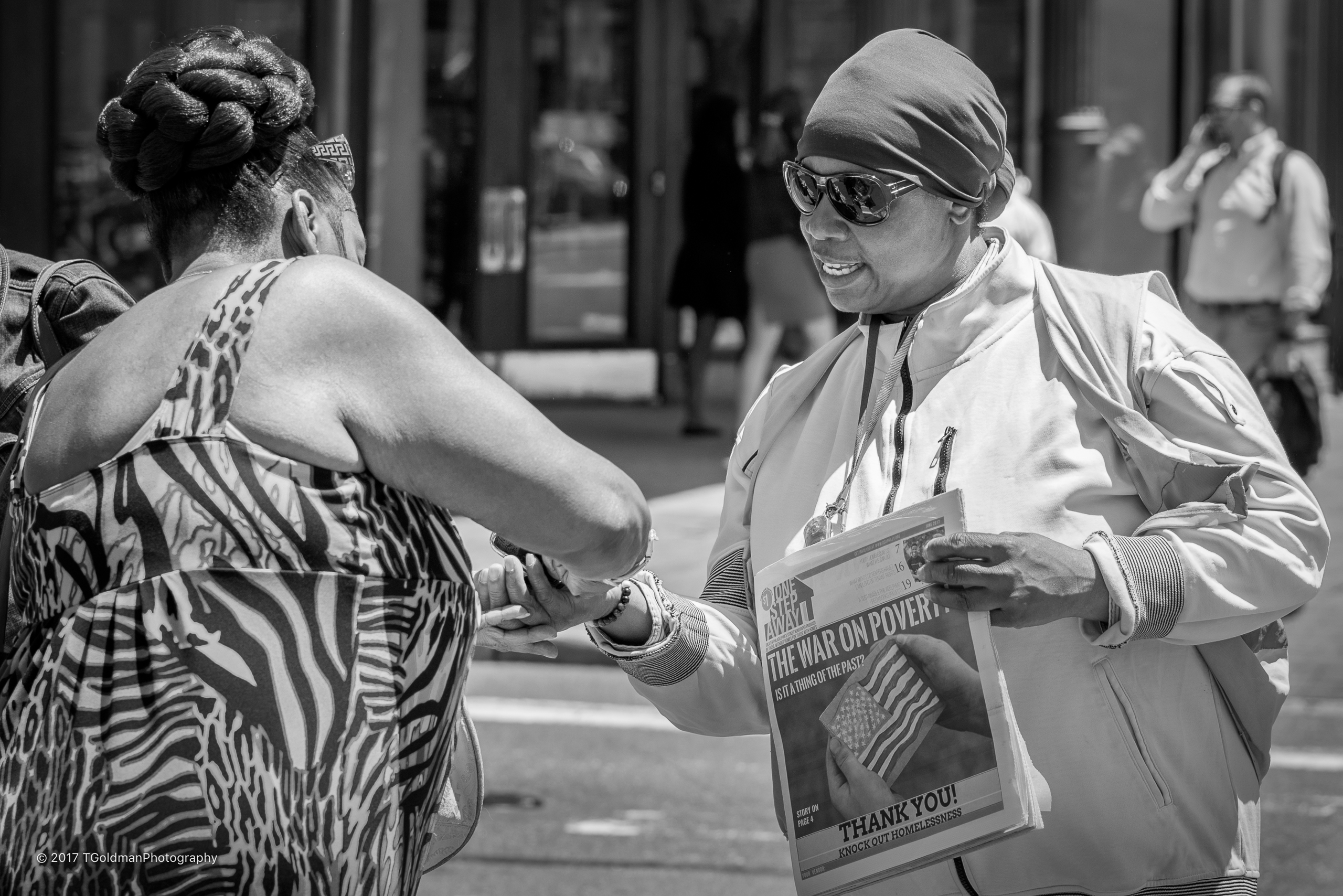 Maria James, a vendor with One Step Away and one of the subject of Ted Goldman's newest photo essay.

(Photo via Ted Goldman at TGoldmanPhotography.com)

“Anger in my belly” …  “like experiencing the death of a loved one” …  “sad because they don’t know me.”

These are a few of the emotions that were expressed by African Americans when asked by Philly photographer Ted Goldman what it’s like when they experience racism. “Racism: Personal Stories” is the newest photo essay produced by Goldman, who has used his camera to both visualize and tell the individual stories of his subjects, including those in Philly’s homeless community.

Check out the full essay here.

Published on July 4 (not a coincidence), the essay focuses specifically on eight local African Americans, such as Ivan Henderson, vice president of programming at the African American Museum in Philadelphia, and Broderick Green, who overcame homelessness and a substance use disorder to become a support specialist at the nonprofit that lifted him up, Depaul USA.

“I’m just like you — we’re both people, we both bleed, we both cry for sad moments, we both love people in our lives,” said Stephanie Michel, director of the North 5th Street Revitalization Project, in the essay.

In addition to these stories, Goldman, a white man, starts off the essay with a pretty up-front point: He didn’t understand racism before this whole project. While he acknowledges that in itself is a bad thing, he believes “knowing I don’t understand it is at least a step in the right direction.”

And that’s what he hopes this essay will do for others — help them take a step in the right direction.

“This photo essay is for people like me who hate racism in our society, but don’t know what to do about it or even how to think about it, and who have no idea what African Americans are really experiencing,” Goldman said in the essay. “We might assume African Americans who seem successful and happy are not experiencing racism — but we really don’t know their truths.”