The Breakdown: A Look at Cross-Sector Collaboration - Generocity Philly
Subscribe for daily news In this series, we focus on the bigger picture of social impact in Greater Philadelphia. We take a look at the connections between organizations, analyze business models, and provide high-level context to the big issues facing our leaders. This first installment is all about collaborations — who’s working together and who’s finding success.

To call in the new year, Generocity asked Greater Philadelphia’s leaders in social good what they thought the region had in store for 2014. Everyone, from Mayor Nutter to nonprofit leader Nilda Ruiz, hinted that collaboration between different sectors would be a key trend and crucial to the city and region’s improvement.

But what does collaboration look like on the ground? How do organizations with completely different structures and agendas work together for the public’s benefit?

We looked back at a year of our stories and found that nonprofits, businesses and government are working together all the time. But how those collaborations came together was unique in almost every case. So we decided to take a closer look at some of the different types of organizations working together and what made them work.

Nonprofits and for-profits operate under very different pressures and incentives. For nonprofits, the struggle to secure grants and donations shapes their agenda. Businesses on the other hand are under immense pressure to turn a profit and expand.

Despite these differences in structure, local nonprofits and businesses have found various opportunities to collaborate that benefitted the community and each other.

The Paseo Verde housing development was created through a nonprofit/business collaboration that leveraged the strengths of both organizations. The Asociacion Puertorriquenos en Marcha, based in North Philadelphia, fused its knowledge of the community’s needs with the real estate expertise of Jonathan Rose Companies. Now, Paseo Verde stands as a completed mixed-use development with access to transit, low-income housing and a mix of other amenities, including a health center, a car-sharing program and gardening beds.

The Garces Family Foundation, a nonprofit based in South Philadelphia, built a relationship with an entire business sector for the purpose of gaining access to its employees. Out of a storefront location, the Foundation helps immigrant restaurant workers learn English and transcend the sometimes crippling language barrier between them and their employer. The Foundation works directly with other restaurants as well.

In both of these cases a nonprofit led the initiative, but socially-responsible corporations have also taken the initiative to build partnerships. Campbell’s Soup Company is a prime example of that. Based in Camden, New Jersey, the international food company works with local food pantries and other nonprofit organizations to help keep the community fed. In 2013, Campbell’s was ranked among the best corporate citizens in the country. They even helped to create a peach salsa made from imperfect peaches that was sold as a product by the South Jersey Food Pantry.

Collaboration is not limited to organizations. Individuals can also come together and have a real impact. One way this is happening is through small donor groups, such as PhilaSoup, Philly Stake and Impact100. Each of these are small, informal foundations that are concentrating their charitable giving for maximum impact.

Check out these stories for insight on collaborative giving.

Over the past year, the City of Philadelphia has initiated partnerships with nonprofits and organize the entire city around important social issues. Some of the highest profile government/nonprofit collaborations addressed public safety, digital literacy and poverty.

First Round of FastFWD Startup Accelerator Focuses On Public Safety

FastFWD is a collaboration between GoodCompany Group, Wharton Social Impact Initiative and the Mayor’s Office of New Mechanics to prepare and fund startup companies working on the city’s most enduring social problems. FastFWD announced back in October that the focus of it’s first 12-week accelerator program would be public safety. Each of the three accelerators this year will focus on a different social issue.

KEYSPOTS, a network of public computer centers located throughout the city, is a collaboration between the Urban Affairs Coalition and the City of Philadelphia’s Office of Innovation and Technology. While 23 of the KEYSPOTS locations were run by the city, the majority were managed by organizations and nonprofits such as Philadelphia FIGHT and the People’s Emergency Center. The program, over the past three years, has provided free computer and internet access to Philadelphians who made more than 430,000 visits. However, the program has been winding down due to lack of federal funding, which ended in August, leaving many of the partners to fend for themselves.

In what was perhaps the biggest government and nonprofit collaboration of 2013, the Mayor’s Office of Community Empowerment and Opportunity announced the creation of the “Shared Prosperity Philadelphia” plan. The plan is a comprehensive strategy to address poverty in Philadelphia which relies upon collaboration with different stakeholders, including government agencies, philanthropy, academia, businesses and consumers. For example, the nonprofit Clarifi will be working with CEO to improve financial literacy and strengthen economic security for those in poverty by further utilizing the city’s Financial Empowerment Zones. 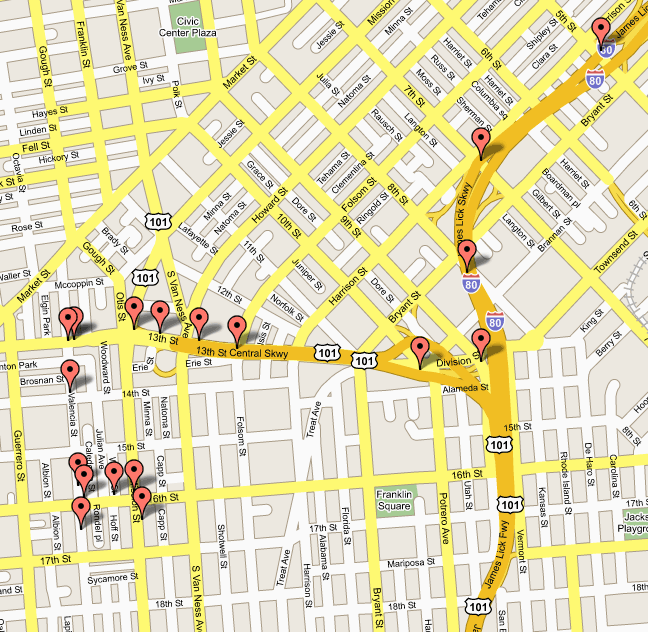 Collaboration can be found across the city in the form of co-working spaces. They exist in several locations in the city, from West Philadelphia to Center City to North Philadelphia. Some of the most recent ones to open up include Impact HUB (where Generocity is now located) in Lower Kensington, MakeSh/ft in North Philadelphia, and CityCoHo in Center City. These three spaces have something else in common: a dedication to promoting social good and community.

This may be true in many cases, but Philadelphia nonprofits have found that collaborating with fellow nonprofits has unique benefits. In 2013, nonprofit to nonprofit collaboration took a variety of forms. There were collaborations between large and small nonprofits, community-based and issue-based, and a number of creative venues nonprofits used for networking and sharing knowledge.

The Bicycle Coalition of Greater Philadelphia and the Cadence Cycling Foundation merged last October to create more financial stability and to widen the organization’s reach in the region. The new entity is still coming together, but the merger is an example of two strong organizations that made a strategic decision to combine. We’ll see if other nonprofits follow suit.

Most nonprofits opted for more limited forms of collaboration, such as working together on a specific project or initiative. The Public Health Management Corporation (PHMC), for example, partnered with the Germantown-based Depaul House to create an expanded health center for the homeless. PHMC’s expertise in health services was combined with Depaul House’s proximity to those in need and experience working on the ground.

Many more nonprofits collaborated by simply sharing knowledge and maintaining a dialogue. Some of the gatherings were based around specific issues, such as the Hunger Symposium organized by Philabundance, the region’s largest hunger relief organization, while others were oriented towards nonprofit professionals, such as the Nonprofit Professional Summit and Connecting Coffee.

It’s clear that cross-sector collaborations are happening Greater Philadelphia. This is just a high level view at some of the pivotal partnerships and collaborations in 2013. For continued reporting and analysis of collaborations in the Philadelphia region continue to follow Generocity’s coverage by signing up for our weekly newsletter and following us on Facebook and Twitter.