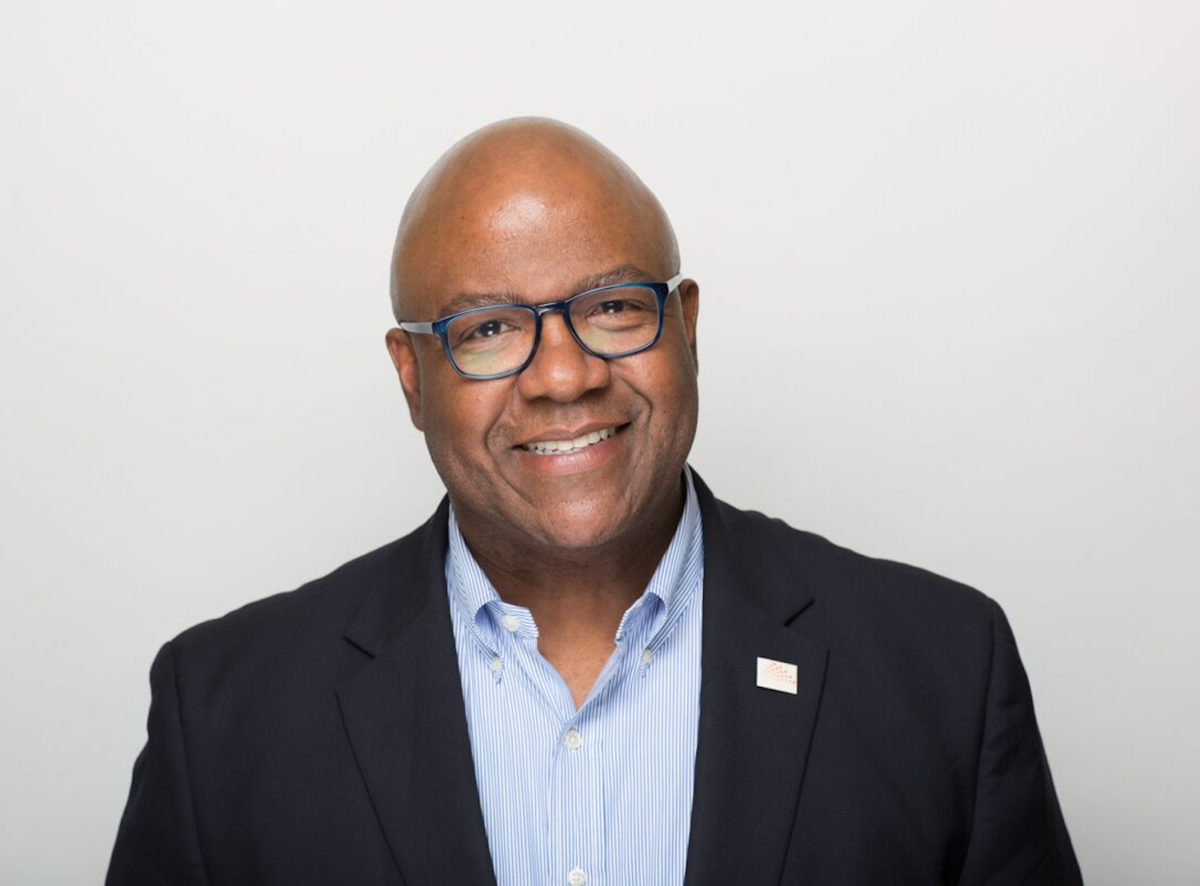 Sidney Hargro isn’t the same man he was five years ago, before a global outbreak of a new coronavirus strain killed 600,000 Americans, the murder of George Floyd exposed the ever-present threat of white supremacy, and one of the country’s major political parties allowed the rhetoric of a demagogue to spark a violent coup attempt on the nation’s capital.

Like many others over the past 18 months, Hargro spent time in reflection, reassessing his purpose. He said his decades-long career in philanthropic spaces is the pursuit of a life’s mission — which is why the recent social upheaval affected him to such a significant degree.

Now, Hargro sees the world from a unique perspective and with a sense of urgency.

He’s a Black man leading giving organizations through conversations about racial injustice, who encounters racial injustice on an almost daily basis. He says the experience is all-consuming.

“It’s one of the reasons why I really looked at the LeadersTrust as an opportunity that was timely to address something that I know firsthand is an issue,” Hargro said. “How do you not only invest in leaders, and support their work and their vision and their imagination and their organization, but also just invest in the leader?”

Last week Hargro took the next step forward in his pursuit of that mission, becoming the inaugural executive director of the LeadersTrust. He comes to the role following almost five years at the helm of Philanthropy Network Greater Philadelphia. Under his leadership, he engaged philanthropic partners to focus on intersectionality and equity in strategy, governance, grantmaking, and more.

At a time when a leadership crisis confronts the changing realities of the contemporary world, Hargro believes the LeadersTrust has a real opportunity to invest in and support future leaders on the front lines of innovation.

The story of the LeadersTrust began 15 years ago when, as a part of the Evelyn and Walter Haas, Jr. Fund, the organization would invest in the leadership potential of different nonprofits. Throughout the intervening years, various partnerships allowed the LeadersTrust to grow. In 2021, it branched out on its own, becoming an independent organization fiscally sponsored by the Tides Center. The project now boasts over $30 million in investments given to upward of 100 social change organizations and the leaders cultivated within.

Hargro, who remains in the Philadelphia region, came to the Oakland, California-based philanthropic institution following an extensive national search for a new executive leader. “His deep experience advancing racial equity in philanthropy and his commitment to lifting up leaders at the heart of social change make him the perfect leader to steward the LeadersTrust as we become an independent organization,” Linda Wood, the chair of the LeadersTrust Advisory Board, said in a statement.

As a leader, Hargro likes to focus on imagination, coaching, and the unification of people and ideas. But he also knows that a national stage comes with more responsibility, which is why he plans to take purposeful steps to foster racial equity and dismantle white supremacy in the philanthropic spaces he travels.

How the mission will proceed remains to be seen. Hargro concedes that he’s approaching his journey at the LeadersTrust without any preconceived ideas. “What is this moment calling us to build?” Hargro asked rhetorically. “I don’t know what that is at the moment, but I think along with the team and the board and the leaders — the actual leaders that this is designed to support — we’ll come together and we’ll figure out what that looks like.”

One thing Hargro knows for sure is that under his direction, the LeadersTrust will find its liberatory north star.

Last year, as the nation took to the streets to disavow the systemic racism that led to the murder of George Floyd at the hands of Minnesota police officer Derek Chauvin, he published a manifesto of sorts for the philanthropic community on Philathropy Network’s website, as well as at Generocity. White supremacy must be acknowledged and dismantled in giving spaces, Hargro wrote, calling on nonprofits to face up to years of embedded inequity and racism. And philanthropy needs a new endgame — the liberation of Black, Indigenous, and people of color communities.

Hargro put the system on notice with the words of Ibram X. Kendi, telling the nonprofit community that it’s not enough to be “not racist,” they need to strive to be “anti-racist.”

A year on, he notes that the conversations among organizations are beginning to shift. Philanthropic organizations are starting to wrestle with ideas about power, decision-making, and where to send their investments. Participatory grantmaking is more than an idea now, and more foundations are thinking about policy.

“This idea of advancing and centering and leading with racial equity is not just about grantmaking,” Hargro said. “It’s about your organizational culture, it’s how you operate, how you use your platforms, how your endowment is invested, how you’re involved and/or, at minimum, aware and involved in policy that actually affects the people that you’re trying to serve.”

But the real question that remains is whether or not these organizations will revert to the old way of doing business when no one is looking, or when the pandemic ends. Hargro has faith that a number of these foundations can continue to move forward. And he has confidence in the philanthropic sector, too, following the massive effort put forward to collect and distribute funds during the COVID-19 pandemic.

As he noted previously in Generocity, Hargro applauds the quick-thinking, communal efforts of the entire giving sector throughout the still-ongoing coronavirus pandemic. Because no one had ever experienced a global catastrophe on the scale of COVID-19, Hargro sits in awe of his contemporaries, admiring their initiative and wherewithal to collect and distribute money to those in need.

Moreover, nonprofits like Philanthropy Network Greater Philadelphia developed a model example of participatory philanthropy, with community leaders making decisions on the design of COVID-19 funds, their operations, and how they were dispersed.

“That’s a significant shift from the days when initiatives and strategies and programs and philanthropy were designed wholly behind closed doors in rooms at foundations,” Hargro said.

Still, Hargro holds that the pandemic remains the philanthropic sector’s most significant threat over the next 12 months. Race and gender justice equity follow close behind, as giving organizations struggle to sustain what they started over the past few years.

But Hargro remains a man on a mission, grateful for the opportunity and ready to accept the challenge.

After all, he calls Philadelphia home, a place where liberatory documents didn’t quite live up to their ideals. “And I think, why not Philadelphia being the place that we start to really push for those ideals to be real?” Hargro asked.