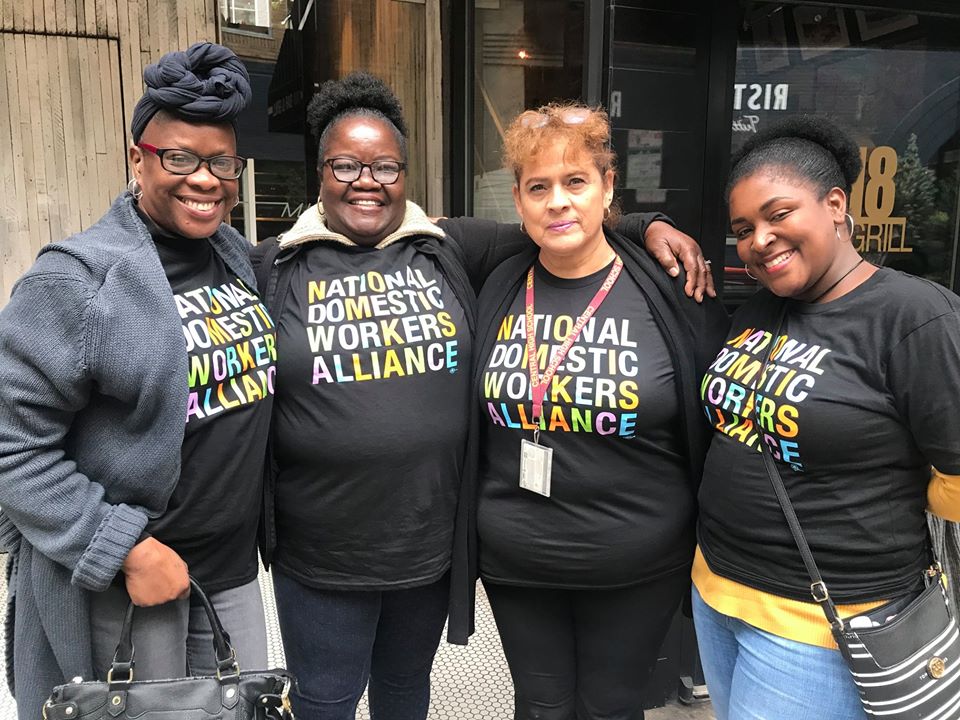 The National Domestic Workers Alliance was one of the organizations with which the City of Philadelphia forged a partnership in the Philadelphia Worker Relief Fund.

The Philadelphia Worker Relief Fund was created for a specific segment of the population — workers who were left out of state and federal relief. The Fund distributed over $1.7 million in one-time direct cash payments to more than 2,160 families.

Because of the vast need and limited resources, the Fund was not intended to have an “open call” for applications. Instead, the Mayor’s Fund worked with trusted community-based organizations (CBOs) to identify individuals/families in need within the communities they serve and have them apply.

According to Lauren Cox, deputy communications director for the Office of the Mayor, they put accessibility at the forefront when considering the array of individuals who could apply for relief from the Fund.

“The main tool of accessibility for this program was our partnership with trusted community-based organizations across the city who vetted eligibility and distributed funds to community members in more than a dozen different spoken languages,” Cox said.

Worker Relief Fund recipients were nearly all people of color (95%) and the majority were women.

Each CBO had room to tailor their outreach to their community, but the City provided translations for some key materials. In addition to the website content and application in Spanish, the application script was made available in more than a dozen languages for the CBOs to use in their engagement efforts.

Worker Relief Fund recipients were nearly all people of color (95%) and the majority were women. More than two thirds of recipients had a household size of three or more, and the folks who received relief were among the city’s lowest-income residents — with around 75% having a household income of less than $20,000.

Initial data shows that the cash assistance has been used for expenses such as utilities, groceries, medicine, rent, and more. Cox said they are still gathering feedback from recipients about how the Philadelphia Worker Relief Fund impacted them.

Traditionally, in-person outreach is a critical strategy when working with hard-to-reach populations —  because it allows you to meet people where they are. Due to COVID-19 precautions, options for face-to-face interactions were extremely limited, but the CBOs, which already had existing relationships with those most in need, helped overcome this challenge.

Initial data shows that the cash assistance has been used for expenses such as utilities, groceries, medicine, rent, and more.

“They already had contact information and language capabilities to reach out to individuals who never would have heard about this program if we just put out a press release or posted an application online,” Cox said. “The trust-based design of the Philadelphia Worker Relief Fund, which allowed participating CBOs the freedom to do outreach and distribute funds in diverse ways that met the needs of their community, was key to overcoming challenges such as technology barriers, trust barriers, and spoken language diversity.”

All of the funds for the effort were raised came from philanthropic donors: Open Society Foundations, the Albert and Mary Douty Foundation, the Allen Hilles Fund, the William Penn Foundation, the Otto Haas Charitable Trust (at the recommendation of Janet and John Haas), Enon Tabernacle Baptist Church and the Mayor’s Fund.

“While the $1.7 million that was provided to over 2,160 families is significant, the Philadelphia Worker Relief Fund — created with a limited pool of philanthropic donations — cannot meet the vast need that exists in Philadelphia and other communities in our area,”  Cox said.

“At this time, there is no additional funding available for the Worker Relief Fund. If additional resources become available, we would make that public,” Cox added. The City is still offering a number of supports, such as the COVID-19 Emergency Rental Assistance Program and free food distribution, that can be accessed by residents.

While the Philadelphia Worker Relief Fund was not able to guarantee relief to all families, it has been an important building block in recovery efforts. It has also become a model of trust-based assistance programs involving a unique partnership amongst the City, the philanthropic community, the Pennsylvania National Domestic Workers Alliance, and local CBOs.