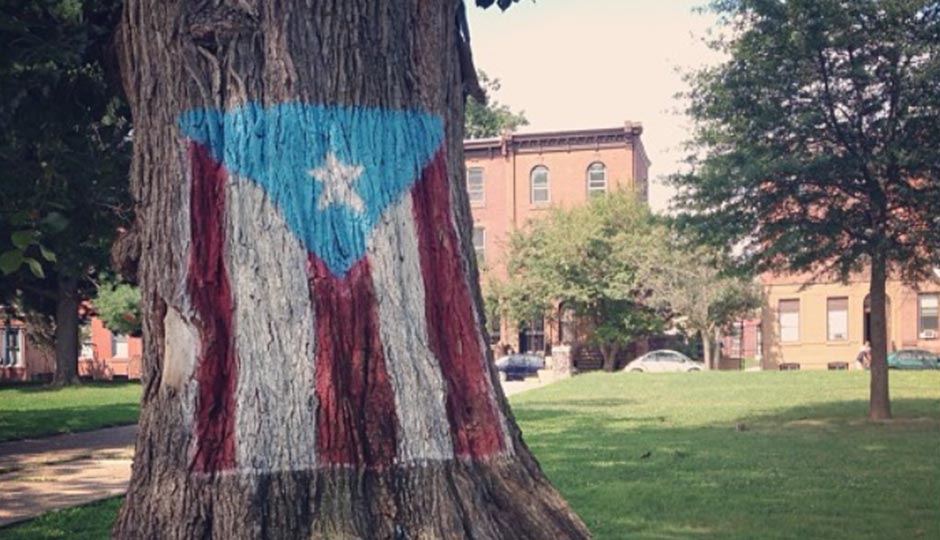 Both Generocity and Kensington Voice are among 20 news organizations producing Broke in Philly, a collaborative reporting project on economic mobility. Read more at brokeinphilly.org or follow on Twitter at @BrokeInPhilly.

This post was written by Diana Cristancho and Zari Tarazona and was originally published at Kensington Voice, a community-driven newsroom serving the heart of Kensington.

As a Puerto Rican native, Margarita Rodriguez was familiar with the United States Census since it includes Puerto Rico. But until recently, she wasn’t sure how safe it was.

“I didn’t know who was running it,” said Rodriguez, who lives with her five children in West Kensington. “I wasn’t sure what the Census was really about.”

However, after talking with someone from Philly Counts, the city’s 2020 Census program, Rodriguez learned that Census responses are confidential. The person made it clear that under federal law, Census responses cannot be shared with law enforcement or federal agencies, including the FBI, CIA, and ICE.

According to the United States Census Bureau, Hispanics, immigrants, and people with limited English proficiency have historically been undercounted and are at risk of being miscounted in 2020. But in the Kensington area, where a majority of residents are Hispanic, more than a dozen community organizations are working to inform Latinxs about the 2020 Census, including why it matters, how to participate and get counted, and its legal protections.

Spreading awareness in ‘the red zone’

In the Census tracts covering parts of Kensington, Fairhill, and Harrowgate, approximately 60% of the population is Hispanic, according to the Census Bureau’s 2018 American Community Survey data. “This is the red zone,” said Charito Morales, the community organizer at Providence Center, a neighborhood nonprofit in Fairhill at 5th and Huntingdon Streets. “This is exactly where less people are willing to participate in the Census.”

To combat these barriers, Morales is working with the youth at Providence Center to inform residents about the Census through flyers, conversations, and a play, which will be performed at subway stations across the city in the coming months. Providence Center is also working with other community-based organizations, like Fairhill Neighbors.

Carrie Hartsfield, who volunteers with Fairhill Neighbors, said that one of the barriers to an accurate count in the neighborhood is that residents might not count each person in their house if there are more people than allowed.

“They may be too embarrassed to say how many people live within a household and not realize how important it is that every person is counted,” Hartsfield said.

Seniors in the neighborhood are also being informed about the Census at the Norris Square Senior Community Center, which is a part of the Catholic Housing and Community Services of the Archdiocese of Philadelphia.

Elizabeth Morales Rosa, the center’s program coordinator, has put information about the Census in their monthly newsletter since November. According to Morales Rosa, approximately 115 people — mainly Latinxs ages 60 and up — come into the center for programming and events from Monday to Friday.

“Every time I talk to them before lunch, I always remind them that the information is there,” Morales Rosa said. “And I tell them that it’s very important for us as minorities to step up, so people know that we’re here.”

Ceiba, a coalition of Latinx community organizations located on the southwest corner of Norris Square, is informing Latinxs, immigrants, people who are limited English proficient, and even other organizations about the Census, too. Will González, the executive director of Ceiba, works in the Ceiba office on Feb. 18, 2020. (Photo by Erin Blewett)

“The bottom line is, if your feet are in the United States on April 1, you need to fill out the Census,” said Will González, executive director of Ceiba. “The Census does not ask your social security number. It doesn’t ask your citizenship status.”

According to González, when people visit Ceiba’s office to receive services, Ceiba staff members are helping them make a pledge to complete the Census. To recruit Census takers, which are workers from the community who will visit the homes of residents who haven’t responded to the Census and help them complete it, Ceiba is hosting a Census job fair on Feb. 28 from 10 a.m. to 3 p.m.

Beyond Ceiba’s doors, González said the organization has repeatedly appeared on Telemundo 62, the local station of the Spanish-language television network, and organized Philadelphia-area law students to visit waiting rooms and inform people about the Census and their rights and responsibilities.

“We’re also playing a huge leadership role in the immigrant and limited English proficient community of Philadelphia when it comes to informing all the nonprofits and all the service agencies in that community about the Census and motivating them to get involved,” González said.

González is also serving as the chair of the Immigrant and Limited English Proficient Subcommittee of the City of Philadelphia’s Complete Count Committee. The subcommittees advise Philly Counts 2020 and are made up of special interest communities and hard-to-count populations.

The Census Bureau is working to make the Census more accessible for people with limited English proficiency. The 2020 Census can be completed by phone or online in 13 languages including English. The Census Bureau also has Census language guides available in 59 languages.

“The various limited English proficient communities have also done a great job in Philadelphia of being empowered with information,” González said. “So again, going back to where people come together — churches, schools, nonprofits — they’ll be equipped to help answer your questions in your language.”

According to González, Kensington residents need to invest time in completing the Census, and to do that, people need to be empowered with the correct information.

For Rodriguez, one of the most important things she learned from Philly Counts was that the Census helps determine federal funding through Census-derived datasets.

“Why is that so important?” Rodriguez said. “So that all the support can continue to arrive for schools, housing, hospitals, and roads.”

The other important thing Rodriguez learned is that while census data is used to inform services, identifying information isn’t available to the public, law enforcement, or federal agencies under federal law.

Rebuilding trust in the federal government

According to Census Bureau research, adding a citizenship question to the 2020 Census, which the Trump administration attempted to do, would have decreased response rates in households with noncitizens.

Though the Latinx population in Kensington and Fairhill is mostly Puerto Rican, who are U.S. citizens, the city and community organizations are still informing immigrants and Latinxs that there won’t be a citizenship question.

According to Morales, people don’t have trust in the Census, and a lot of people she’s talked to are worried that being counted could lead to them or their families being deported or prosecuted.

“That’s why we have to outreach, and we’re outreaching communities now providing the right information,” Morales said, adding that the Census is confidential and Census takers can’t ask you to step outside. “Please do not be scared because you matter — you count.” Congreso de Latinos Unidos, a nonprofit organization in Fairhill that serves a majority of Latinxs, is informing residents that starting in April, Census workers will stop by households that haven’t responded, too.

“We’re encouraging people to fill it out as soon as possible, and then they won’t have to worry about anybody coming to their door,” said Julia Rivera, external affairs director at Congreso.

According to González, communities have been doing a good job helping residents understand why the Census matters, but there are always groups of people who don’t want to share their information for whatever reason.

“In these times, however, when some people are fermenting distrust, are fermenting tensions, they’re trying to make other people feel less human because that’s the only way for them to feel more human,” González said. “These are very tough times with that.”

This year, for the first time in Census history, all households will receive a letter of invitation in the mail to complete the Census questionnaire online. However, given many residents’ lack of access to technology and the internet, community organizers know that isn’t an option for everyone in the neighborhood.

To overcome this barrier, community organizations will provide people with places with internet access where they will be able to complete the form. Sara Palmer, the library supervisor at Kensington Library, poses for a portrait in front of the library at 104 W. Dauphin St. on Feb. 24, 2020. (Photo by Erin Blewett)

‘We will be able to make a difference’

Despite these obstacles, residents and community organizers hope the message people receive from all of the Census-related outreach is how vital the population is to them and their communities.

“We have to stress to people how important it is that every person from a day old to 100 years old should be counted,” Hartsfield said.

According to González, completing the Census provides a sense of belonging and civic participation for immigrants and people with limited English proficiency.

And this year, Rodriguez will put her Census fears aside since moving from Puerto Rico.

“If we come together one by one, regardless of what nation we are from, we will be able to make a difference,” Rodriguez said.